Lucy Shuker on winning Bronze in Rio, Qualifying for the end of year Singles Masters and meeting the Queen! 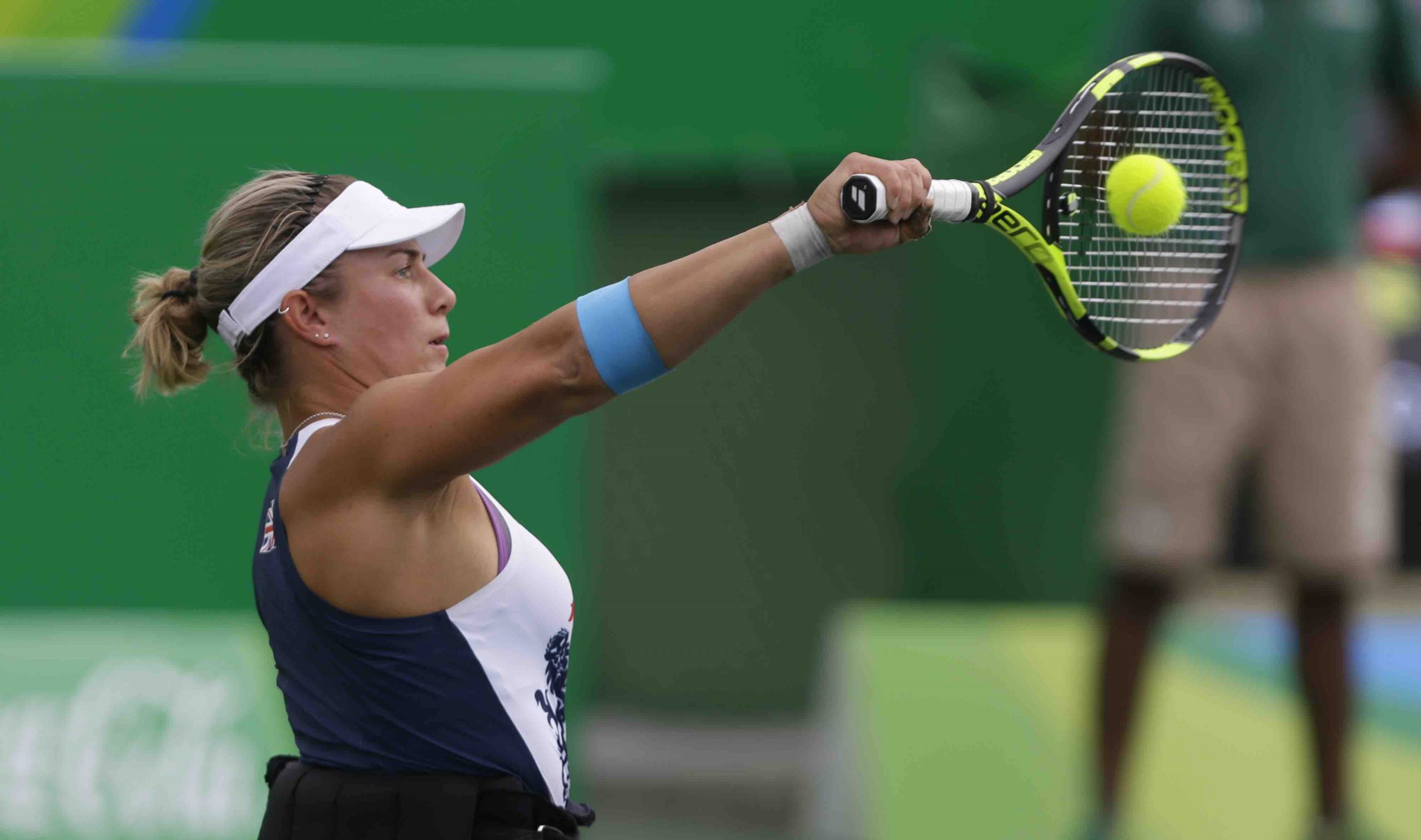 But. Undoubtedly the pinnacle of our sport is the opportunity to compete and represent your country at a Paralympic Games.

For the women, the Paralympics is a 32 draw and so there is always a period of time preceding the games where you compete to accumulate enough points to ensure qualification as one of these 32 players.

For me, Rio 2016 was my third Paralympics and an opportunity to improve upon the Bronze medal that I was so proud to have achieved in London alongside my doubles partner and fellow British player, Jordanne Whiley. Winning in London meant we actually became the first women in our sport to ever win a Paralympic Medal.

It is never going to be easy to win a medal in either Singles or Doubles at a Paralympic Games. The other athletes are all there with the same focus. Going into Rio I felt in some of the best shape of my career, with the support of the Tennis Foundation, UK Sport, The National Lottery and some fantastic sponsors on board, I had been able to physically and mentally prepare better than ever before. Team Hybrid have been of fantastic support both personally and in supplying me with a Cougar Power Assisted Handcycle which has added a whole new dimension to my training program.

Prior to Rio our national program had very much been doubles focused for me and I was disappointed to see my singles ranking drop to World No.10 just before Rio. This consequently meant I lost a top 8 seeding position and with it the assurance that I wouldn’t face a top 4 player until the Quarter Finals. And, so it was that I pulled World No.1 and eventual Gold Medal winner in the second round. That said, I felt that I put up a very good fight and I felt proud of my performance on the day. Jiske will never be an easy opponent but I’ve had some really good matches with her over the last 12months and as year end World No.1 it demonstrates how consistent she has been and what form she has continued to play with throughout the season.

With Jordanne also losing out in the Quarter Finals of the singles, the doubles event became our primary focus and an opportunity to still leave the games with a medal around our neck.

Since London, Jordanne has gone on to form a successful doubles partnership with World No.1 doubles player Yui Kamiji of Japan and consequently had a number of high profile successes, I think transferring to play with me then became a more difficult transition for her.

Our bronze medal match was against the Japanese pair featuring Yui. Going into the match, it came with the same pressure and build up as London 2012. It’s a match where you can either walk away with just memories or you add to your countries medal tally and take a position on the podium.

For me I felt focused in that match on exactly what I needed to do against the Japanese pairing, I did not want to come off that court with nothing.

Reflecting on our performance at the games as a doubles pairing, undoubtedly I felt incredibly proud to leave the games with a medal but there is still an underlying feeling that we could of gone one step further together. Our styles of play lend themselves to complement each other extremely well and I still believe that our true potential has not yet been achieved.

Since Rio, to be honest I haven’t stopped. I flew home for 6 days before heading out to a series of tournaments in the US and Canada. With my seeding dropping just before the games my primary focus at these tournaments was to work my way back into the top 8 in order to qualify for the end of year Singles Masters.

Despite the pressure I felt relaxed at these tournaments and was able to produce some of my best tennis all season beating players ranked above me and taking three titles back to back.

Now ranked World No.8 I will join the 7 players ranked above me in London from 30th Nov – 4th December at the Queen Elizabeth Olympic Park. Tickets are available here – https://www.lta.org.uk/major-events/international-events/nec-wheelchair-tennis-masters/tickets/

Since Rio, there have been a number of high profile celebrations. Landing from Canada in the morning I got home dropped my suitcases and caught a train into London to meet up with the Team GB and Paralympic GB parades. As a Paralympic medallist I had the honour of being invited to a reception at Buckingham Palace hosted by the Queen as well as a number of other high profile royals including William, Kate and Harry.

As a tennis team we were also invited to attend a celebratory evening at St James Palace. Meeting the royals and having your accomplishments recognised at such a high level really makes you take stock of your achievements. For me, having had an accident at 21 and used sport as a means to over come my disability, these occasions really make me feel very proud of what I have achieved.

Undoubtedly I wouldn’t be where I am today without the support of others, my family and friends and all the support networks we are so lucky to have as Paralympic GB athletes. The Tennis Foundation, UK Sport and the National Lottery have been instrumental in supporting me and enabling me to continue to play the sport I love. I feel both honoured and proud to have been able to represent my country and add to a very impressive medal tally in Rio.

Next on my Team Hybrid Cougar I will be preparing to take part in Stride17, a charity bike ride set up by a close friend of mine to raise money and awareness for the Alzheimer’s Society and Dementia UK. The team will be cycling and walking over 500miles in 8 days and I will be taking part in a section or two of the ride on my Cougar. 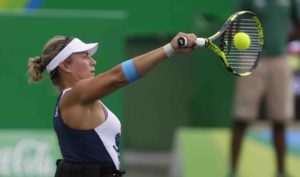 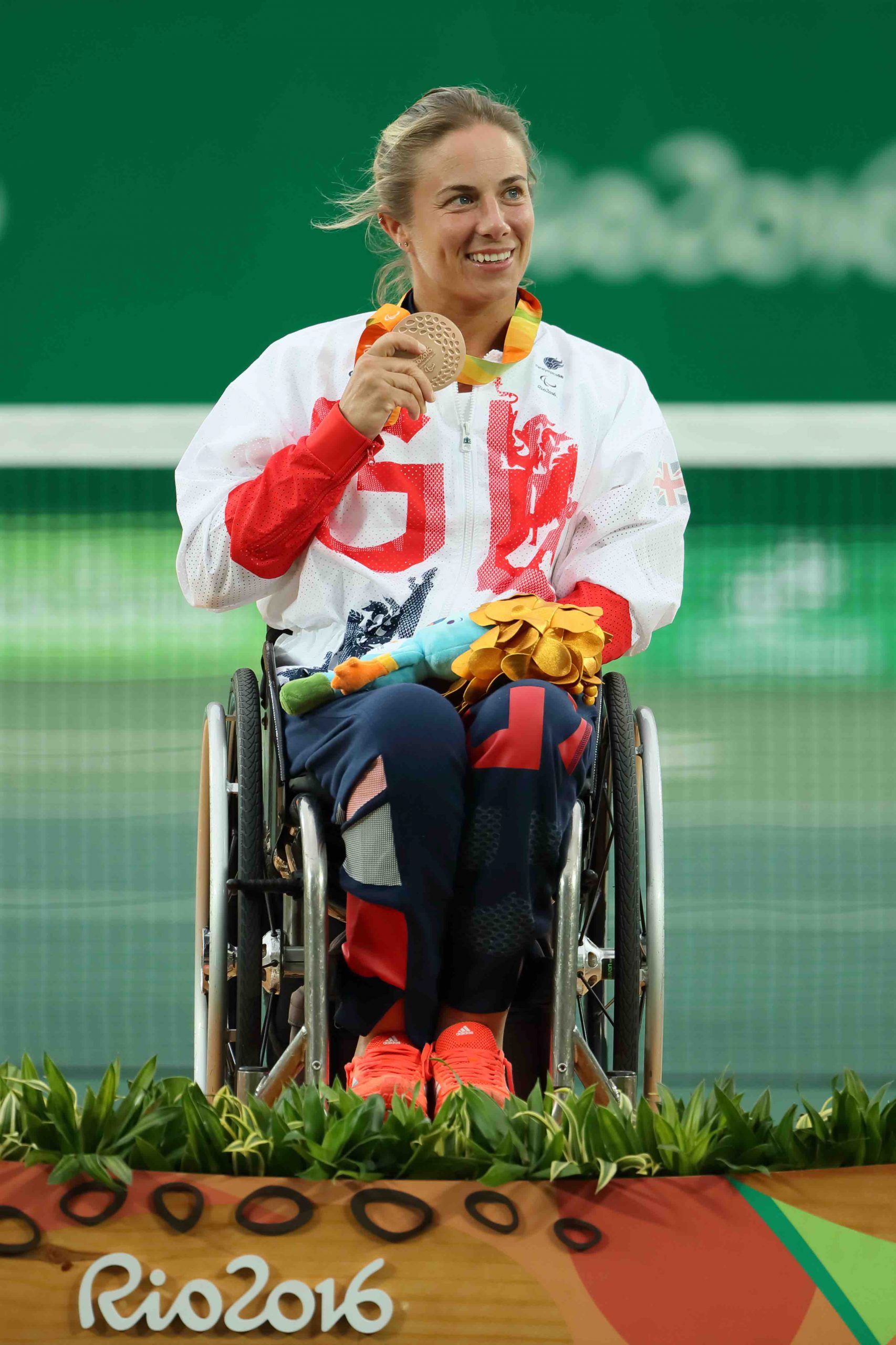